It’s Been a Long Time Coming… 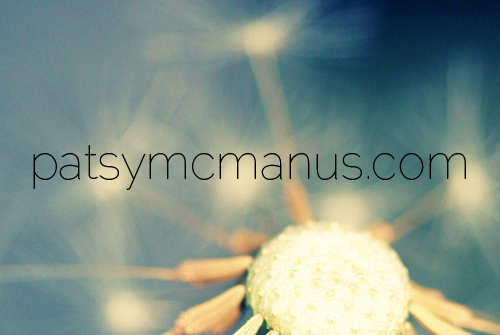 I’ve owned this url (PatsyMcManus.com) for over 6 years now. Does this tell you anything about the possibility of procrastination? Regardless of your opinion, I will go deeper into the subject.

Before moving to Las Vegas in December 2007, hubby and I sold our photography studios (Story Portraits and Generations Photography) and lab (Greensboro Photo Center). In the first months after the move, I dreamed of opening a new studio to bring the warmness of southern photography to Las Vegas.

I researched local studios to find that 95% of them were located in the Big Box stores such as Target. I also learned that most of the local photographers spent their nights working for one local company that contracted with the Casinos for weddings, shows and events. In my book, this is called a monopoly.

Many of the Las Vegas photographers were also “weekend warriors.” In the recent past, that term was derogatory in the world of Professional Photographers. For most, it was the definition for soccer Moms who purchased digital cameras and photographed children’s parties and other such events during the weekends and then went back to their 9 to 5 jobs during the week. (Not all photographers in Las Vegas are weekend warriors.) So much so that many began to delve into our wedding, family portrait and special event business such as dance recitals.

(Side Note: I use the term “Professional Photographers” with pride. I worked diligently to become a member of this nationally known organization and spent hard earned money to get there. The membership comes with required education, training and internships. Once you complete the requirements, the benefits are ongoing with continued participation.)

When I researched the Professional Photographers of America in Nevada and found it to be non-existent I realized that my work as a photographer would change. What I did learn was that there was a group of the ‘good ole boys’ who were retired pros in the Las Vegas area. The group was not based in education and support for new and growing photographers and their businesses. I also learned of another small group of gals who met once a month to help one another. This group was, in fact, comprised of weekend warriors trying to become professional photographers.

We are now back to the beginning of the story at the top of the page discussing procrastination. With hundreds of photographs on CDs and hundreds on external hard drives, I seemed to have lost my desire for sharing my photographs and the stories that go with them.

I gave this idea of PatsyMcManus.com many moments of consideration after photographing a burning sunset in the desert, a Quail on the fence, or a toothless smile of the first grandson. Yet, the appetite to take action was weak. I kept right on photographing knowing that one day, hopefully soon, I would find the incentive to publish PatsyMcManus.com.

That incentive came when hubby and I decided late in 2012 to give the life of Ex-Patriots a whirl here in Corozal, Belize. That decision tripped the trigger. Here I am, photographing, writing, creating portfolios and publishing stories known as blog posts.

You will be my audience. As I share new and old stories and photos, you will, I hope, come to love my stories and the photographs which tell them. Only through these am I able to share with you what touches my heart and soul.

I am grateful for this opportunity and for your willingness to listen.